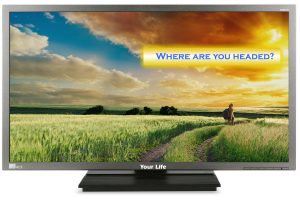 There’s a long-parroted notion that life without God or religion is without meaning. This, while a very general statement, holds some truth.

Great thinkers like Jordan Peterson will frame such an argument in terms of evolutionary science and the collective social conscience that has developed over millennia, stemming from ancient Judeo-Christian stories.

Chimpanzee are brutal. What makes us better than Chimpanzees?

One of Dr Peterson’s most famous rebuttals to the idea that life without religion can have morals and meaning, is the observable behaviour of our closest evolutionary brothers, chimpanzees. The chimpanzee will live within an established social structure, of tribes, territory, and hierarchy, however [the chimpanzee]  will not hesitate to kill his own brother. Whereas the Bible, arguably the foundational document of western civilization taught us of the fall of man through the very first fratricide, of Abel by Cain and the resulting consequence. 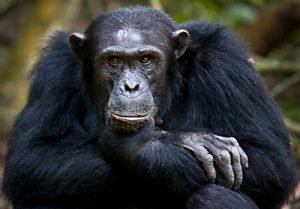 These stories which were passed down orally for generations were moulded to suit the morals of society and help us to see the metaphysical elements of life which co-exist with the physical, to show us the meaning of our actions, without the divine, no action would be of consequence. 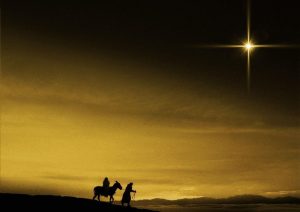 To quote Dr Peterson “The story of a meaningful life is a religious story, the greatest stories are about how to orient yourself with life”. He continues to explain that humans are comprised of the physical and the divine, to be oriented with life is to learn from religion to perceive life’s metaphysical element, only from there can we pursue its meaning.

As with a surprisingly large number of biological and spiritual concepts, the same can be observed in computers!

You may be familiar with most pieces of computer hardware, for example the motherboard, CPU, RAM, Hard Drive, Fans, Graphics and Sound Cards, and many more. These interconnected parts work together to, well, compute. Even without a monitor for the user to orient themselves, a computer can in fact do everything it’s supposed to, including operate software, the non-physical programs enabled to run by the hardware. In most cases, using software is the entire purpose of a personal computer.

So, if your PC can do everything it’s supposed to do in a physical sense, you can even mash at the keys or aimlessly click the mouse, is there any purpose to your actions if you can’t see the words on the screen?

You can have a good try at it sure, but without the orientation that a monitor offers, without seeing the non-physical marvels that the physical hardware is creating, then you are no better at navigating the machine than a chimpanzee. All of the pieces are there, everything is working fine, but until you can see what lies under the surface of our physical world, there really isn’t much meaningful point or direction for any of our actions.

What’s your ‘monitor’ on Life? 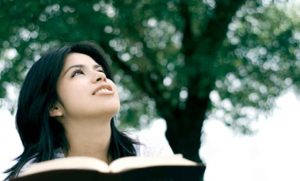 The Bible, or whichever religious text you subscribe to is our monitor, it’s the collection of stories which reveal the nature of life and spirituality, it’s the gateway to the lessons and morals demonstrating our higher purpose in all of this. We can wake up, clean our room, eat our cereal and go to work, no problem. That’s the hardware, it all works fine, but if we can look to the Bible we are shown the software that our everyday boring lives is running, it’s a marvel. This is the divine element to the physical, even the mundane that Dr Peterson teaches. Without religion our lives are as moral and meaningful as the chimpanzee, or the screen-less computer. [Our lives are] Functional, but without the higher processing, capabilities or thinking which makes us human.

To find our own meaning, we must first learn to see, getting yourself a screen is a good start.

What if you had a Crisis – what is your exception handler?