New found Belief – Lost love and the stones from God

“I loved and lost Natalie my beautiful Israeli girlfriend and treasured my  coloured stone – a token and reminder of our time together.  Years later, one cloudy afternoon on Hamilton Hill, the stone that I had carried around in my bag for so long fell out and onto the ground. It was picked up by a Colombian-Israeli girl named Francesca.  Soon I was doubting my disbelief – my atheism, and started on a path of enlightenment towards my mysterious creator.”

The heartfelt journey in the article is courtesy of a new contributor I shall call Carlos P. He shares  this very personal account and some deep thoughts on God.

A few years ago I broke up with Natalie, my Israeli girlfriend. She was a tall, gorgeous blonde haired girl with dark blue eyes who had come to Australia in the year leading up to her conscription into Israel’s armed forces. Curiously, Natalie was as religious as she was liberal. 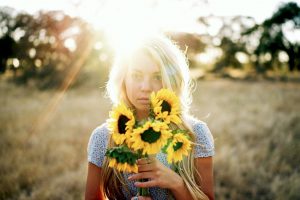 She would party well into the night and pray hard in the morning. On the surface, you might have mistaken her for an ordinary teenage girl with contemporary aspirations and cultural tastes. But Natalie was by no means an ordinary character. After three months living in the small, out of the way home town of a random guy she had met on the internet a year prior, she decided that she wanted to leave the relative safety of her rich family in Israel to live forever in the faraway and foreign land she had discovered.

For me, this was a big deal. I had experienced most of my school years as something of a social outcast. Prior to meeting Natalie, I had never really been in a serious relationship. I had some degree of popularity, or perhaps more accurately, notoriety, among my peers, for what boiled down to an above average intellectual capacity coupled with an entertaining proclivity for challenging authority (and maybe a hint of arrogance). But really, I was too weird, and my tastes too un-relatable to sustain a serious relationship with somebody local. Natalie was a gem. An exotic girl from an exotic land. My blinding interest in her was exacerbated by the seed of obsessive fascination for her land of origin that was planted in my mind somewhere around 2012.

While at this time I knew nothing about the events taking place there, I did exhibit an underlying interest in war, a trait which my childhood experiences ingrained deeply into my mind. Having lived in a village which was used by the Australian Army to simulate the environments of East Timor, my frequent interactions with soldiers caused me to gravitate toward a military career for most of my life. This remained the case until my sudden interest in Israel changed everything.

The night it was over.

Natalie eventually went back to Israel, knowing that she would encounter trouble later if she dodged her mandatory military service. We stayed in contact and occasionally visited each other, but the relationship was over. I had a hard time dealing with this. This girl came into my life right as the paradigm was shifting and, by what I had thought was pure chance, held exactly the beliefs and personality traits needed to push me further in the direction I was headed. On the night of Halloween, the girl I was still deeply in love with gently severed our connection to each other. I remember that night like it was last week. I understand now why she did it, but at the time I was blinded both by my attraction to her country and to her.

I set out to find a way to contact her. I wanted her to know that I had been accepted into Tel Aviv University and was planning on relocating to Israel, whether she was going to be in the picture or not. There were a lot of things I wanted her to know, things which may or may not have changed what happened. Yet despite my best efforts, I was unable to reach her. 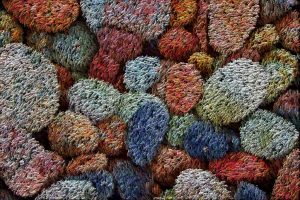 A few months before Natalie left for Israel, we went camping. It was an emotional night. We decided to each pick up a stone to keep for as long as possible, it would serve to remind us of the time we spent together. When we returned the following morning, we painted the stones. I carried mine with me for, quite literally, years (talk about attachment). One cloudy afternoon on Hamilton Hill, the stone that I had carried around in my bag for so long fell out and onto the ground.

It was picked up by a Colombian-Israeli girl named Francesca.

Francesca today is a columnist. We have both published stories on our friendship and the bizarre series of events which shaped it. About eight months after I met her, we had an interesting conversation about her experiences in Israel. To my amazement, I discovered that she had attended the same high school Natalie attended in Herzliya and during the same period. Throughout our conversation, Francesca became quite intoxicated and stopped making sense, so I took her home and we called it a night. The following afternoon we caught up for coffee, and I asked her if she had known any girls named Natalie during her years living in Herzliya. She pulled out her phone and showed me some photos of her old high school friends. To my absolute bewilderment, Francesca had been one of Natalie’s closest friends.

For nearly a day we harboured the excitement and energy of school children. We no longer looked at each other in the same way. From that moment forward, we were not close friends, we were the closest of friends. Francesca eventually got in contact with Natalie, but she never revealed her connection to me. For about two months she spoke to her with the goal of finding out why she had done what she did. After a while, we learned that Natalie had been in a relationship since soon after she returned to Israel.

Knowing that she was happy might not have made this an easy realisation had I not undergone the deep ideological shift that I had. She had cut our ties elegantly and had done her best to mitigate any damage it might cause either of us, and so, I accepted it. Francesca and I both had an itching desire to reveal our connection to each other to her, but we decided not to. To this day, we haven’t.

These events change us. Having stepped off the atheistic path and onto the path of religious enlightenment, the effects were amplified many times over. Because of this, it is difficult to internalise the things that have happened in my life without incorporating some transcendent element. I have spent countless hours in therapy trying to understand how the change came about, and countless hours I have wasted.

It wasn’t until I discovered Professor [Jordan] Peterson that I began to understand why it had been so difficult to pinpoint the precise moment I was set on this course. It is often not enough to explain away our personal convictions based on our experiences to others, this is especially true with religion. In my instance, I was raised an atheist. I had been baptised into Catholicism as a baby to please my grandparents, but I was raised to believe that there was no creator. How then is it possible that in the space of just two years I had completely flipped my religious, political and philosophical views while managing to avoid an existential crisis? 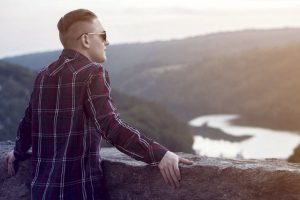 Unlike most people who embark on this journey, I went in the reverse direction. I left a proud life rejecting the notion that there is a force higher than ourselves, to embracing it completely, and backing it up with what appeared to be, from my perspective, ironclad proof. The problem is that from an outside perspective, the proof is not ironclad. People view such evidence from what they attest to be an objective standpoint, and they will argue, perhaps correctly, that our emotional links to an event murk our ability to analyse it rationally. But it might also be said that it is our emotional investment in an event that allows us to understand all its intricacies and details. Spectators will, almost by default, attempt to summarise the experience in order to understand it, potentially omitting seemingly insignificant but important details that completely change the implications. “I believe because of personal experiences” and “you would have to experience it yourself to understand” are phrases that should prompt us to actually consider somebody’s experiences, before immediately writing them off as having been blinded by the emotional investment they have in their personal circumstances.

As for my own circumstances, my position on the involvement of the divine in shaping them fluctuates, but this fluctuation certainly does not affect my belief that the divine exists, merely that it actively interferes. Just a few days before writing this piece I expressed to a friend an idea which would suggest that God has foregone his ‘absoluteness’ in order to bestow upon man the creative gene, and allow him to evolve to the level of a god himself. Indeed, it is said that God created man in his own image. Could the reason there is so much suffering in the world be the result of God’s understanding that it is crises which causes us to evolve?

God bestows creativity to Man – Is Man bestowing it to Machines?

Advancements in artificial intelligence, a field we are making spectacular progressions in, certainly helps to reinforce the possibility of this idea. We know because of artificial intelligence that evolution is very real, a computer program can learn to complete extremely complex tasks, beyond what even humans are able, given few if any cues on how to complete them. The fact that by instructing a computer to improve on itself through trial and error can lead to the completion of tasks the creator of the program could not complete, is proof that something like evolution and creationism are not necessarily contradictory. 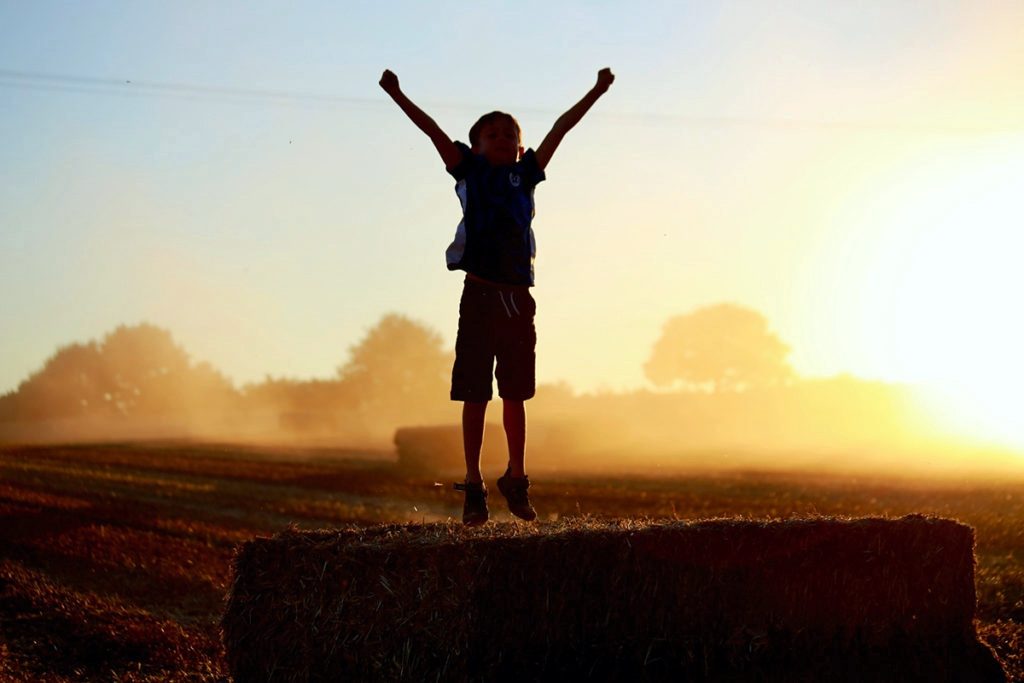 The teacher becomes the taught

It is with this we may observe the unfolding of a new age of understanding. No matter how advanced we become, we will never move past our emotional experiences. Without meaning, whether that is a psychological construct, something defined by God (or both), there is no point to our evolution. Fascinatingly however, it is evolution that is leading us to understanding the meaning of our existence. Our technological prowess is allowing us to unravel, quite literally, the ultimate mysteries of the universe. Evidence to support theories for which no evidence was previously available is now presenting itself. Our own experience as creators is, ironically, having the opposite effect the Atheistic community thought it would. Instead of realising that there is no creator, we have made discoveries that make the possibility ever more likely.

I like very much the role of the stones in the story.  What made Carlos and  Natalie decide to do this?  What glinted in their moment that night that caused them to create these special coloured stones?  Perhaps the stones were the unknown prayer – answered by the creator in a way which resulted in Carlos finding the creator.

Thank you Carlos for your story.