Cloud Computing is a Mirage

“Dad, what does the computing ‘cloud’ run on?”, asks the son of this father.

After a thoughtful pause, the father looks at his son and says “Mostly Linux really“. 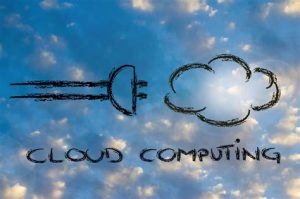 Just like the son, most are deceived by computing “cloud” – thinking its in some lofty place in the sky – some sort of ephemeral computing world.

Thanks to the marketing people, this ‘fluffy’ term has stuck – ‘cloud computing’. The reality is that there is no computing palace in the sky, there is no place where the ephemeral computing is taking place. It is all running on real computers, just like the one you use at home or work, or even the little phone devices (mini-computers) you are holding in your hand.

The only difference is the “clouds” servers tend to be small single card computers called “blades” and they are installed in servers racks by the hundreds and even thousands.
They run in large data centres where temperature and humidity are controlled and the larger server “farms” are located where electricity is cheaper. 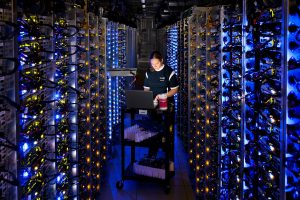 So when your computer or phones connects to the “cloud”, like when you start Instagram or load Twitter, they are connecting via the internet to a bunch of real hardware servers running somewhere – on the ground (or under it) – not in the sky. In simpler terms your computer is simply connecting to a bunch of other computers.

Your single device gains its power by connecting to the other computers.

Giving ourselves to Jesus does not mean putting our self in a box and shipping it somewhere – it means connecting to Jesus and his teachings.
You are your own person – made with a divine spark – but you are more when you connect to God.

A Heart transplant is not needed to connect to Jesus.

Buffering and belief in the Creator