Called by Name – What does this mean? 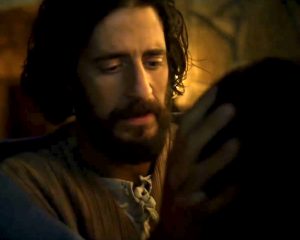 I started watching ‘The Chosen’, an original on-line mini-series, last week. This tells the story of how the 12 Apostles of Jesus Christ where ‘chosen‘.

This first episode, titled ‘I have called You by Name’, introduces us to Simon, Mathew and James. Nicodemus, a Pharisee and member of the Sanhedrin sees a woman that appears to be possessed. He attempts to heal her but is deeply disturbed by the experience.
I was waiting with anticipation to see Jesus in the story. I was not disappointed.

In the most impactful and poignant part, Jesus calls Mary Magdalene. He calls her by her name and in the process she is healed of her demons.

This scene was deep and moving, and stayed with me for some time.

On reflection, why was this so moving? How does calling someone by name resonate with them and indeed us?

When you are a programmer…

As a programmer, to make sense of this enormous collection of numbers that live in the computer – data, lists of things, tasks and routines you actually use names. The name refers to the specific spot in memory – the data or instructions.

As a programmer, giving a name to a routine or piece of data elevates it. That piece of data is important in my program – I want to remember it, recognise it, reuse it.

In a vast number of the most current programming languages, it goes further – if there is data I had used temporarily, if I don’t name it it will be destroyed and discarded by a process called ‘garbage collection’. Let me rephrase that – unless I name the data, the computer will at some stage treat it like garbage and throw it out.

Divine Spark and the Bible

Dr Jordan Peterson describes a critical part of the Judeo-Christian belief in this way:

Examining the Bible from the psychological perspective, Peterson’s states that the stories and wisdom in the Bible has survived for thousands of years. They were originally told by word of mouth before being committed to the written form by many authors. The evidence of the power of the message is present in front of you – the Judeo-Christian influence is visible in the remarkable world and technology we enjoy today.

In the Bible, naming is special. Many people in the Bible begin their sacred quests and are transformed when they are named. 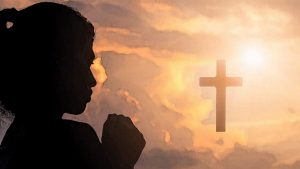 Of course if you are a believer, the message is even more profound. The creator made you, gave you a divine spark, and he has named you.

As Jesus decrees in the pivotal moment in ‘The Chosen‘:

‘I have redeemed you. I have called you by name. You, are mine.’

Watch the series, it will move you.

How Can I watch the Chosen ?

You can watch it on the TheChosen app The Chosen TV app
(in the App and Google Play stores) or find it on youtube.