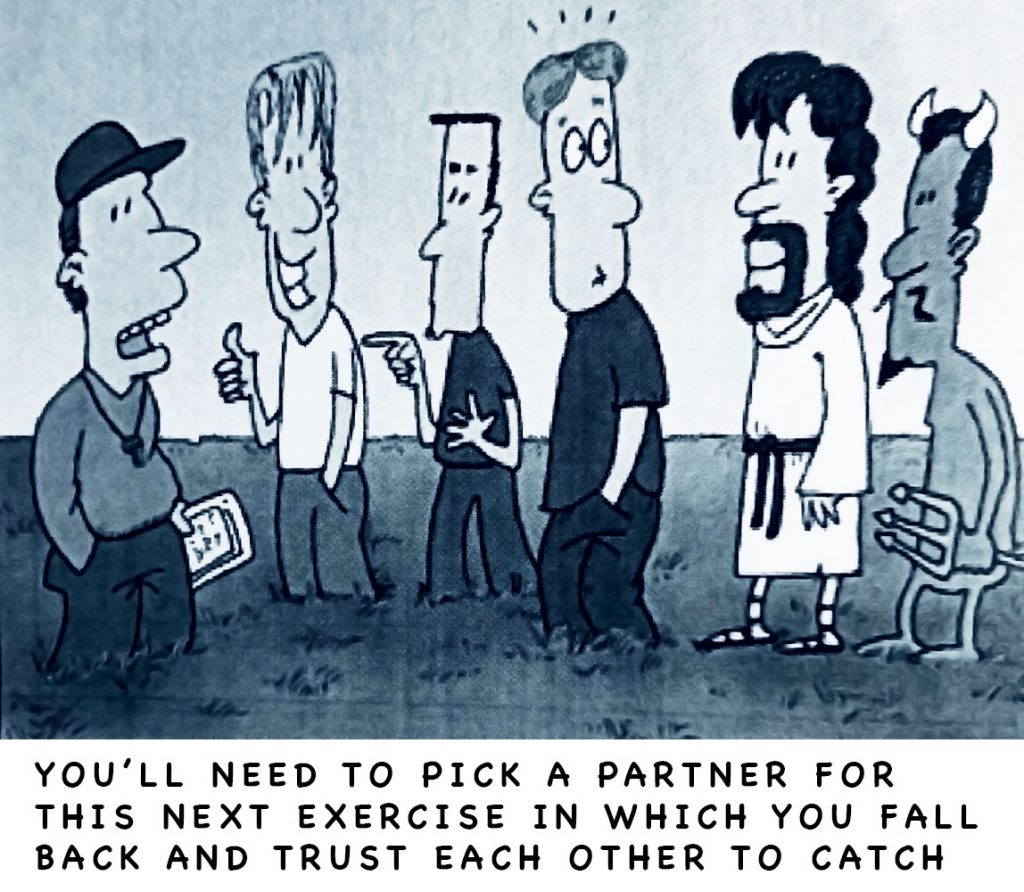 There’s no doubt this cartoon is funny because there are several ways to interpret it.

You can count on Jesus to catch you when you fall –  but who is going to end up with Lucifer?
Surely you can count on him to always let you fall – wait – maybe he’ll catch you just so you unsure of what he’ll do.
Or perhaps more curly, what happens if Lucifer is paired with Jesus – would Lucifer dare drop Jesus?

Don’t need or believe in God?

These people remind me of my daughter when she was 8 or so. She concluded she didn’t need to go to school anymore because she had learned all she needed to know.

What do you mean by God? – Jordan Peterson

Going back to the cartoon, I will bet you already defined something important with your assumption.  You assumed and therefore defined that “God” would be good – better than Lucifer, better than the others.

This definition stands out – “God” – the ultimate good. The best and amalgamation of all possible good behaviors, in the past, now or in the future. “God” – the being which is further most from Lucifer.

So even from the purely philosophical it is arguable that the archetype of the ultimate good – God – will catch you when you fall.

Of course, those with a theological belief already know that Jesus will always be there to catch you.

Rational to Believe in God?