God of Minecraft – The Good, Bad and the Ugly 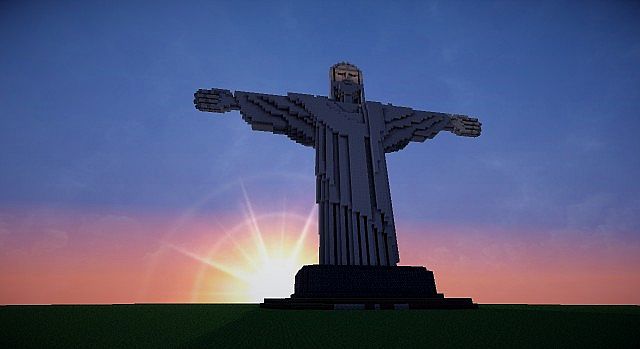 Let’s say you are God. Pretty cool – all that awesome power. You then create “Minecraft” – and this is great – large landscapes, beautiful trees, some animals and water. Blocks of all types to make anything.

While this creation out of nothing alone is amazing – there’s no one to appreciate it. It is static, dead – worse – its BORING!

So you create some NPCs – These “non-playable characters” to wander around and see the world you created. Some live in the houses you made. You made these NPC characters smart so they have their own free will. They could create their own houses, farms, grow some animals (“spawn” them). Maybe you even let the NPCs somehow spawn new NPCs that they could teach about the “world” – like kids. Some time passes and your world is coming along nicely – lots of NPCs around, building homes and interesting things.

Although these NPCs were smart – they could not really understand you properly – you are “God” after all. You gave your NPCs enough smarts to do what they. If you gave the NPC lots of rules and forced them to follow (or perhaps made them not smart so they only did exactly what you told them) then they would not be very interesting. They would be like robots – always doing only what they were programmed to do.

So you passed on a simplified message to your NPCs – “Hey Guys – I – your creator – made this place for you. Call me God. If you like this place, just send me a thank you or “a like”. I’m kinda busy watching the millions of other NPCs – so I’m always listening but probably won’t answer”.

Now your smart NPCs get your message. Some of them look up – and around and say “Wow – yes this is pretty amazing. I can do so much. Thank you God.” (Yes – that’s you – remember). You smile – your NPCs appreciate your awesome creation – and its genuine appreciation. You didn’t “force” them.

Things are going great in your MC World. NPCs are making more NPCs, building even more interesting places and things. Some keep saying thanks and giving you some likes. Some can’t see you – so they don’t say thanks – but that’s ok.

One day, some NPCs discover how to make dynamite from the raw material you placed under ground. Many use this to build some amazing things – new lakes, rivers, shifting mountains and so on.

A few decide to be not too nice – breaking some things you created for them (Hey – that was a great town I built for you!). Some are breaking other NPCs creation – and a few are hurting other NPCs.

Hmmm… What can you do? If you change the NPCs and program them to stop – they become robots. If you tell them your rules (like don’t blow up other people’s stuff – or don’t hurt NPCs) – what if they don’t listen? Some don’t even believe you are there. Sure – one quick click of your finger – being God – and those bad NPCs could just disappear. That is not much better then changing the NPC directly.

Ahhh – you have it. You will give them some “rules and guidelines” to follow. The NPCs that follow your guidelines you will reward somehow. Those that don’t will be loose out. The guidelines needs to be simple – the simpler the better. How about “Don’t do anything to another NPC that you don’t want them do to you”. Yeah that’s pretty good. Lets make it a positive version of this – remove the “Don’ts”. Here is the positive version “Be nice to other so they’ll be nice to you”. That is pretty simple and powerful too.

Ok – now – what is the reward? We’ll this MC Word is great – but not perfect. The NPC’s have to work hard on getting food, making building, and pretty much staying alive. They also have those bad NPCs to deal with.

Yes – that’s it – I will create a new MC Word – call it “Minecraft Infinity” (MCI). In this new place, it will actually be somewhere they can see you. They won’t have to worry about food, dying from anything – or any bad NPCs – because you will keep those ones out. This place will be about one million times better – you make the blocks so tiny that the creations look like real life. Yup – this place will be truly something awesome.

Now that you’ve worked that out – you pass the message on to all the NPCs. Most will hear – and hopefully a lot will follow your guidelines so you will reward them later with a move to MCI.

You’ve been a pretty good God. You wonder how many of you NPCs will be good from following your guidelines.

Time to take a rest and check in with the NPCs in a few years or a thousand years.